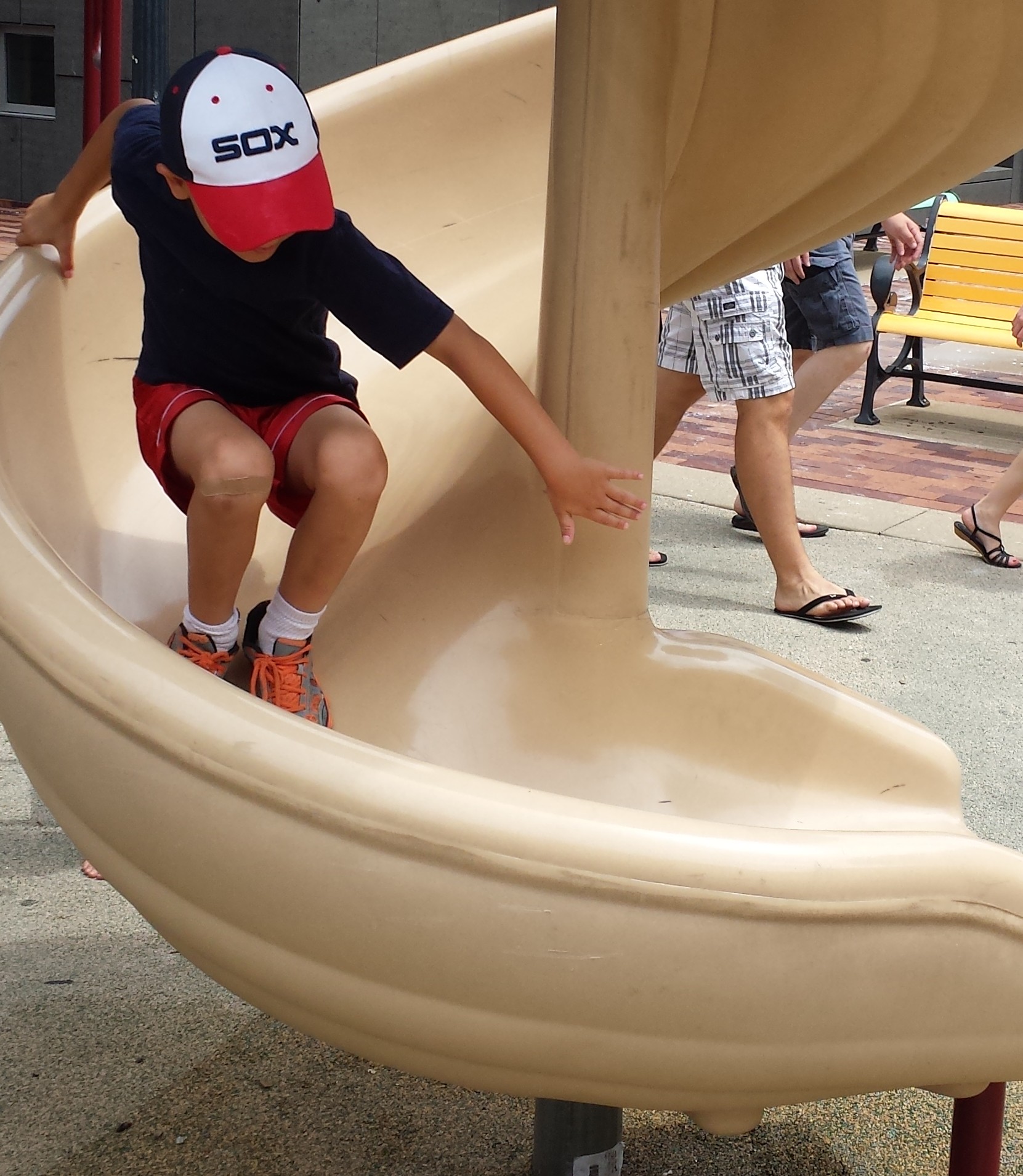 It was a glorious Saturday afternoon. I had ditched my date with the laundry monster in favor of hanging out with our two cutie pie monsters.

We made our way downtown with the intention of heading to the Farmer’s Market. However, mama can’t do downtown without an iced coffee in her hand. A quick coffee stop turned into a full-on second breakfast.

In 2.5 seconds Big E and I had gobbled up our goodies and were left waiting impatiently for Little Red to methodically dismantle his gargantuan cinnamon roll bite by bite. It was painful to watch…I think a snail would moved faster.

By the time Little Red had finished, the Farmer’s Market was over..sigh. With reluctant feet I made my way to the playground. I’m cool with the playground it’s fun for the kids, but sometimes I’m just not into it.

Yes, I am that mom that will sit on the bench, cell phone in hand, catching up on blogs, updating my Facebook status, and Instagraming photos. All while the boys play “battle”, “superheroes” or some other chasing game.

While I sat on my perch watching the boys, making sure no one decided to jump off the highest ladder, I took a deep breath.

Seriously, why am I ALWAYS the “bad guy”?

Perhaps this is some kind of metaphor.

To be honest I was enjoying my perch, and the room to breath.

And just when I was about to make-up some lame excuse Little Red pops over and says “peas mama.”

Ugh, now they were ganging up on me.

“Ok,” I said reluctantly. I slipped my cell phone into my pocket and followed them to the playground.

They started running, I started chasing.

Just like that, I was hooked into their game.

There I was the ONLY adult climbing the playground equipment, and pretending to be the “bad guy.”

I ran after him and tackle hugged him tightly then walked him back to my dungeon. His giggling echoed in the caverns of the playground. I was laughing along, tickling him.

“I’ll rescue you,” yelled Little Red. Distracted by my “prisoner” I wasn’t prepared for the screaming fury known as Little Red. He charges at my legs knocking me off kilter sending me to ground right on top of him.

Laughter quickly turned to tears, and embarrassment {on my part}. The playground grew silent and I could feel every eye on me, as I rolled off my four year old.

“There’s nothing to see here folks,” I thought in my head. “Just a mom who crushed her kiddo. No biggie. Just keep on playing.”

I cradled Little Red in my arms, wiping his tears and kissing his boo boos. “Mama you smooshed me,” he declared accusingly.

Through snuffles he shook his head yes.

In less time than it took my 40-year old body to get up off the ground. Little Red and Big E were off running again like nothing had even happened.

Kids are resilient, it’s one of the qualities I envy about them. The ability to fall and just wipe their tears and keep on keeping on.

Conflicts and collisions have a tendency to stick with you longer when you are older. It becomes harder and harder to bounce back after you’ve been smooshed by the world.

Here’s the deal though, even though the world may smoosh us once in a while we still need to get off the bench and just keep on laughing. 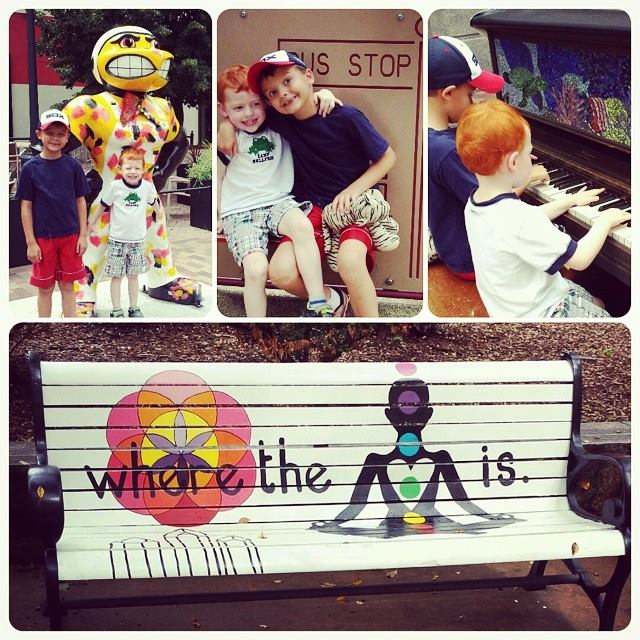 One thought on “Bigger Picture: What I Learned When Smooshed My Kid {#BPM}”