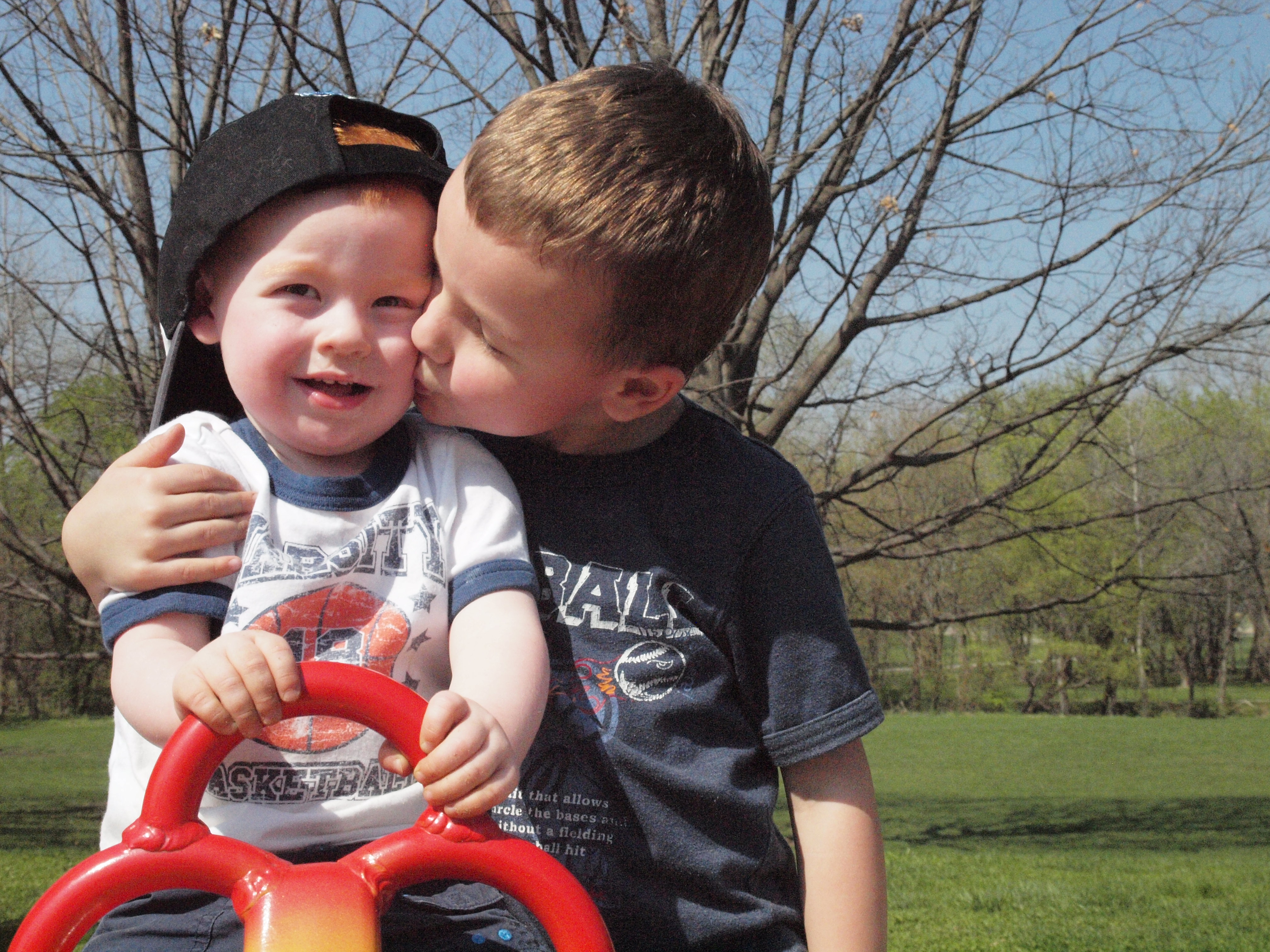 The air is crisp and the sun shines brilliantly in the sky. They have been begging to go outside and as I open the door they run like a herd of horses with the wind in their hair, down to the green grass.

I breathe a sigh of relief.

I start writing, documenting our lives, working on projects and then I hear it.

The laughing and giggling.

It starts out low then reaches a crescendo that can’t be ignored. On tiptoe I creep to the door and walk out on the deck. I watch them from above as they work together on what can only be described a big pile of muck. Handing each other shovels, working in tandem, understanding each other without so much as a word. It was like watching a symphony all the instruments, my sons in harmony together.

Immediately, a pang of jealousy bursts through my heart. I’ve never experienced that type of camaraderie before, that friendship that bond. Because I’m an only.

I don’t often disclose that I’m an only, because it elicits comments like…

“Oh, you must have been spoiled.”

I cringe each time I hear them.

In truth, and compared to my friend who had five siblings, I probably was spoiled.

But it was by circumstance, not by choice.

Sure I had every Barbie you could imagine.

I had the uber expensive prom dress.

I had a car a sixteen, and it was just mine.

I was able to go to a four-year college instead of community college.

But you know what I would have traded my Barbie convertible, the sequined prom dress, the FORD Tempo and the four year college experience for a brother or a sister.

I know you don’t believe me, but I would have. Truly.

My entire life I’ve been alone. No built-in playmate, no one to share my secrets or dreams, no one who would have my back. Often I would play it off, but it really hits you once you are older. When you get married and there are no siblings by your side on your wedding day. Or when you have to say goodbye to a parent, and cope with the loss while handling everything on your own.

So, when people tell me I’m lucky I remind them, like I remind E when his little brother is invading his personal space. “Be thankful for your brother, he’s the only one you got, and you are lucky to have him.” 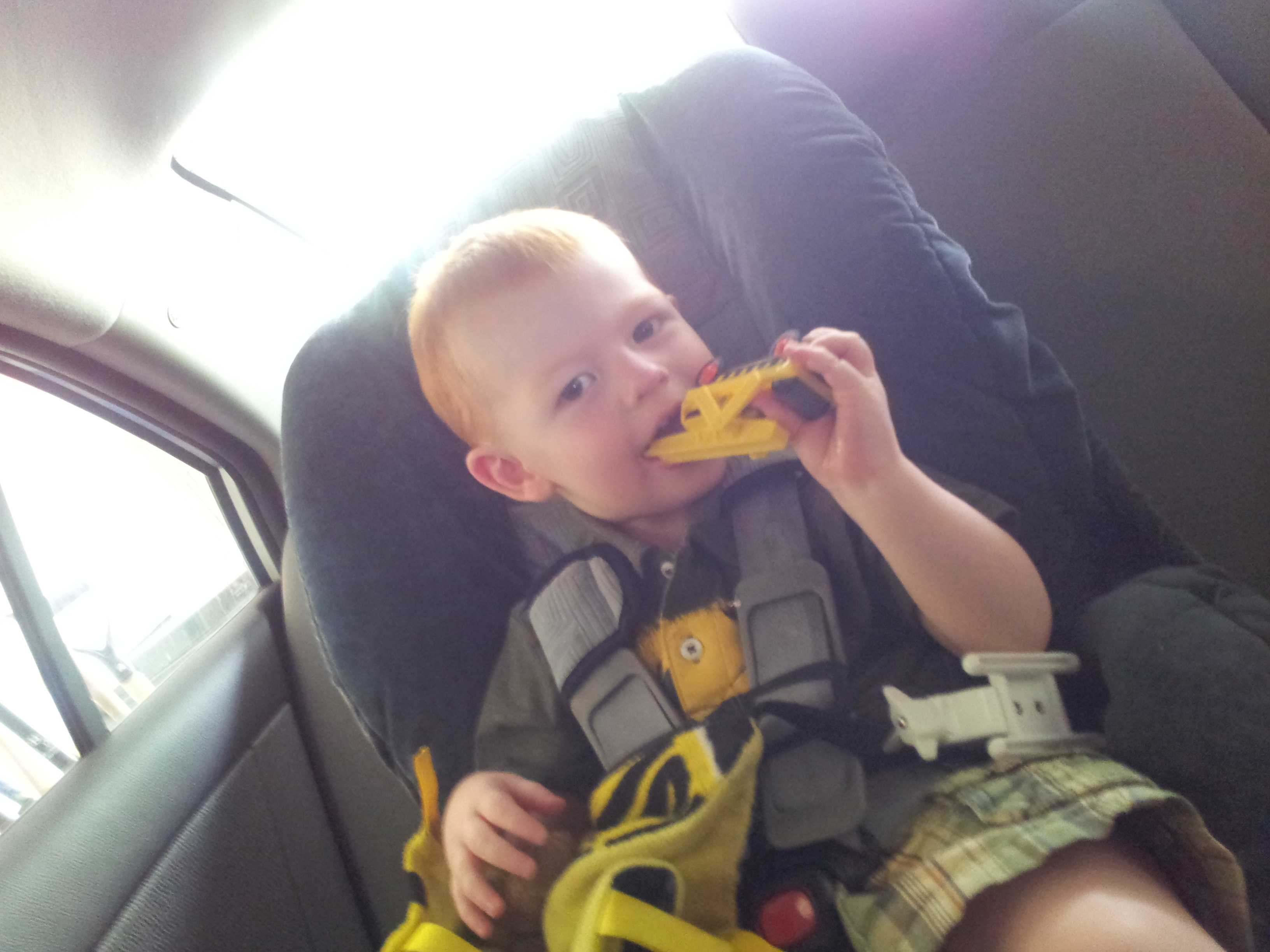 He slaps my hands away as he awkwardly climbs down from his perch. The carseat isn’t that high, but to an overprotective mama it feels like he’s climbing down an eight foot ladder. He slides out landing on his diaper clad bottom. Good thing because the clutter filled floor would have bruised his delicate bottom. Again I reach out my hands, ready to help him.

Inside I’m dying. I so desperately want to help him. He’s too young to be pushing me away.

I take a deep breath and just let him go. I know he needs to do it. He WANTS to do it all on his own. It might be something small, but to both of his it’s big. A milestone.

Finally, after what seems like an eternity he stumbles out of the car, and looks at me with a big smile. He’s so proud.

He’s asserting his Indepence, and while I worry whether he will fall and scrape a knee or break an arm. Deep down I know that with this one my worries will be fewer and so will the the helping hands.

However, no matter how Indpendent he is, I’ll always be his mama and I’ll be there to catch him when he falls. 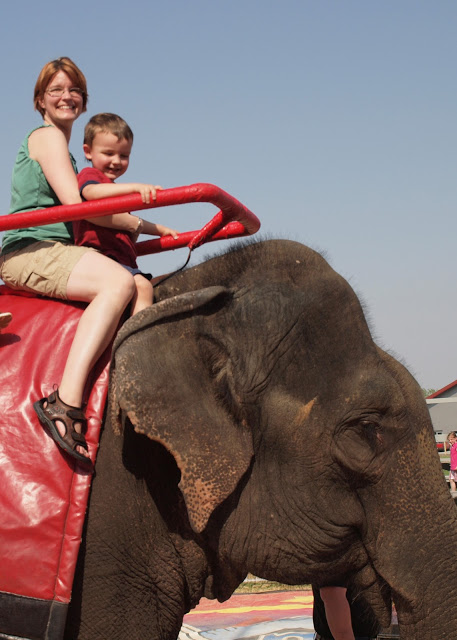 Monday’s on the Bigger Picture Blogs Facebook page we’re going to introduce
some Creative Inspiration. We will post 1-3 words and encourage you to roll those words around in your head and be inspired. Use them to propel you out of the Monday funk and into a creative mood.

Use them as you will.

The point is to use them to infuse your Monday with 5 minutes of creativity.
There is no link up, no need to post by a certain day. Just inspiration and creativity on what could be an uninspiring day.

We encourage you to write on our Facebook wall or leave a link with what you were inspired to do.

Today’s Inspiration
Burgers
Peanuts
Hold Hands
Ready…CREATE!!!
_____________________________________
It’s hot. Unbearably hot.
But here we are at the circus. Ready to be WOWED.
I remember going to the circus as a little kid, and wanting to share this moment with my boys was very important to me.
This circus was very different. There was no big top, no bright lights or side shows, it was dusty, hot and smelly. Nothing like I remembered.
But he didn’t care. Not one little bit.
He ran ahead to see the elephant, so big in stature so small in movements.
“Can we ride him mom, please can we?” he said.
And we did. 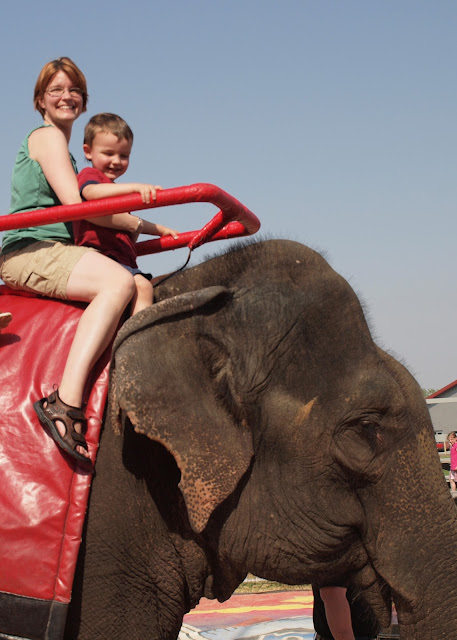 As we are riding he tells me everything he knows about elephants.
“They can squirt water out of their trunks you know.”
I nod. Trying to make sure we stay on the large animal.
“They eat peanuts too.”
I nod again. Smiling.
He feels so smart.
It’s late afternoon and he needs a snack and I need some water. He begs for a burger, but a burger at the circus makes me cringe so he settles for popcorn instead. It’s his favorite. 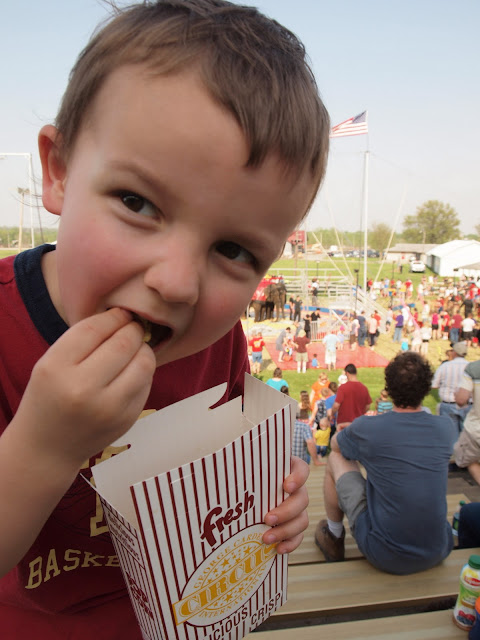 Once we are done we make our way over to see the large white tigers. Sweltering in theIowaheat they pant and growl. Immediately he reaches for my hand seeking the safety of his mom, and we stand there holding hands watching the large cats make their way into the ring. 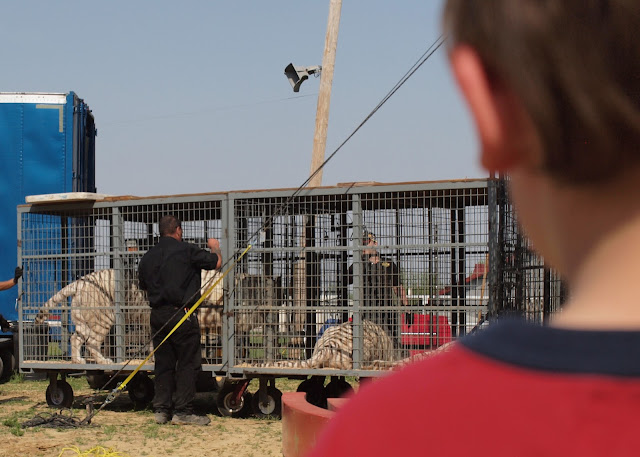 We walk hand in hand to our seats. We giggle as clowns run around the ring doing tricks, and we are amazed by the acrobats flying like monkeys through the air.
Then it’s over and we make our way back to car. I turn the AC on full blast to cool off my sweaty body.
“Did you have a good time?” I ask.
“Oh, yeah mom. For sure. Can we go again sometime?” he asks.
“Of course” I say smiling.