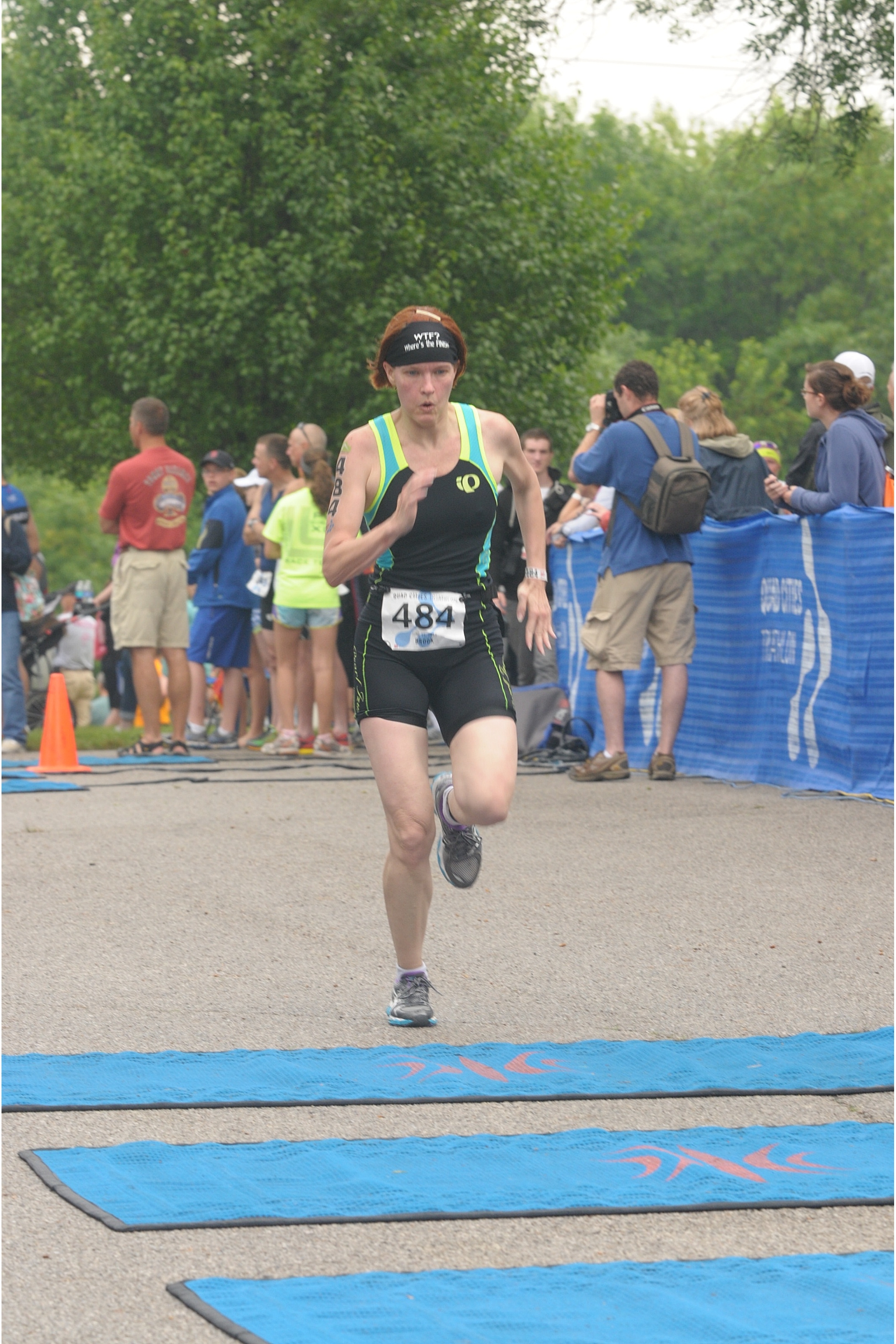 This post is LONG overdue. I meant to write it right after my race. However as we all know life sometimes explodes, and we sometimes need to clean up the mess or just sweep it under the rug for a while.

It’s been two months since my race.

Two months since I quit ‘training”.

Two months since I got the best PR of my racing career.

Two months since I crossed the finish line.

Even with all the time that has passed I’m still fighting twinges of post race depression. It’s hard spending months, training, preparing, eating well, annoying your friends {both real and the ones on FB} with triathlon talk, and it’s hard once you cross that finish line to just let it all go.

For many triathletes race season is A LOT longer than mine. I can only afford to compete in one to two races a year, due to family obligations and time. However, no matter whether you are an elite or a novice nothing can prepare you for the day after the race.

Post race re-entry can really suck if you don’t have a plan. Last summer I completed what I dubbed the TRIFECTA – one triathlon, one football camp and another triathlon within three weeks. Needless to say once that last race was completed I was DONE. I grabbed myself a drink and settled in for long relaxing summer, and it continued into the fall, and the winter. By the time I started thinking about race season I was completely out of shape both physically and mentally.

This year I was determined NOT to let that happen. Enter “the plan”. Keep in mind everyone’s post race re-entry may different, but for me momentum was the key. I took Sunday as my rest day. Drank a beer, ate some donuts and just sat on my ass.

However, once Monday rolled around I was back in the pool, and as the weeks passed I continued running and biking too. As well as adding some new items to the routine like kickboxing and TRX to prevent boredom.

To make sure I kept up the momentum and never grew complacent.

I wanted to maintain all the endurance I had so painfully earned during those 13 weeks of training.

It’s been hard, there’s no doubt.

We moved, I had trips out of town and the hubs went out of town, but I keep going. Finding my compass in the storm – running, biking and swimming my way through post-race depression and crossing the finish line every time.

Do you suffer from post-race depression? What are your tips for conquering it?

One thought on “Give it A TRI: “The Plan” to End Post Race Depression”