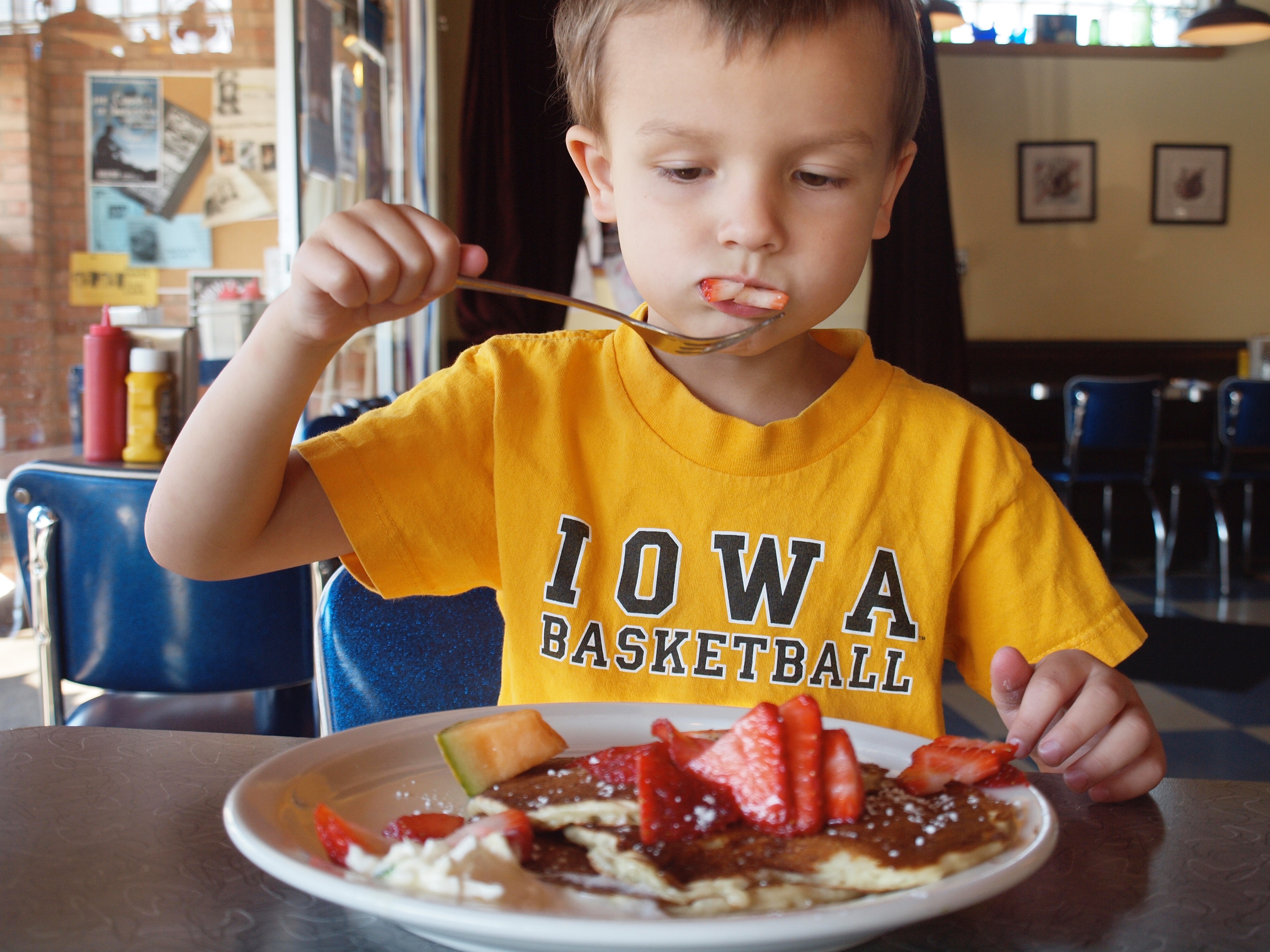 If you give your kid a pancake, he’ll want syrup to go with it. 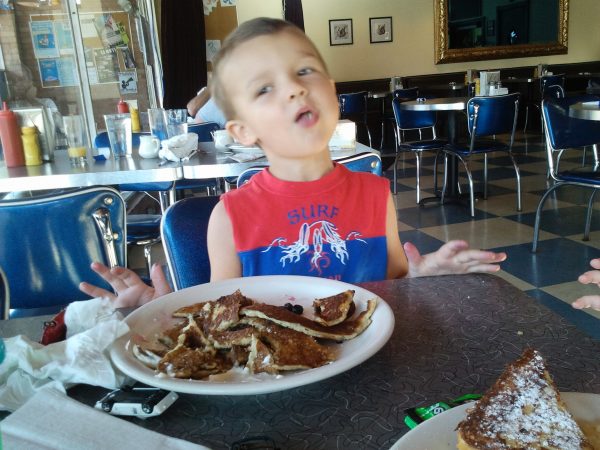 You will scream internally, then lie and try to hide the syrup bottle in the crisper drawer next to the brown Brussel sprouts.

But he is on to your trickery and quickly finds the plastic bottle of stickiness.

You will try to grab it from him, but you are too late. He has already drenched his pancakes in a sugary maple river.

As he pours the syrup little strings of stickiness slide down the side of the bottle, pooling on the table. Without realizing it you set his homework in the pool of syrup, and quickly try to pick it up, but you end up ripping a giant hole in the page.

Because your two boys are having a light saber fight with their forks, they are oblivious to the homework destruction. A shriek startles you and you toss the holey homework into his bag with reckless abandon.

At some point, your child will lose control of his fork allowing it to fall into the maple river surrounding his soggy pancakes. It was the moment he picked up the soggy fork to stab another pancake that the shriek heard around the world occurred.

While talking him down, you grab a paper towel and attempt to wipe the stickiness from his limbs. It’s at this point you say 50 million swear words because in your haste you forgot to wet the paper towel, and now there are little itty bitty bits stuck to his fingers. 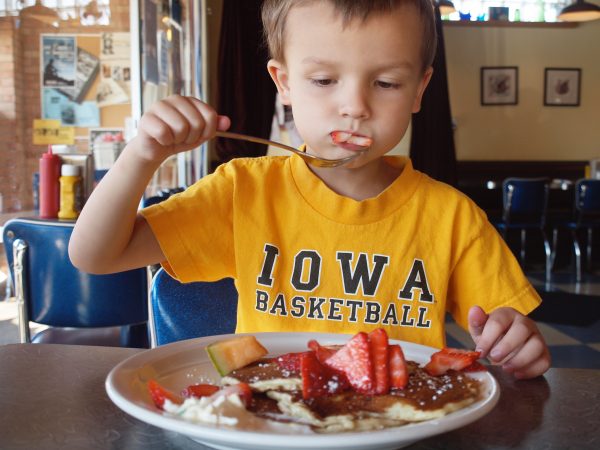 At this moment you are cursing maple trees for supplying the sap to make the maple syrup that is now smeared on your child’s face, the wall, the table, the dog and the ceiling.

You glance at the clock, realizing its ticking closer and closer to school departure time.

In your Batman voice, you say, “GET YOUR SHOES ON!”

“But my hands are still sticky,” yells the child who begged for pancakes.

“I don’t care,” you say as you imitate Batman again.

With shoes on, and now sticky, you bolt for the car.

Inwardly you cringe, as the first thing your child picks up is your cell phone so he can play Pokemon Go!

Finally, you make it school and shooing your child out of the car, he says goodbye and with one sticky hand gives you a hug.

You sigh, loving the hug and even the stickiness it leaves behind.

However, the first thing you do when you get home is throw away the pancake mix and the syrup.

And when you wake up the next morning with syrup still in your hair, you are waiting with a nice sticky-free bowl of cereal.

2 thoughts on “If You Give Your Kid a Pancake”