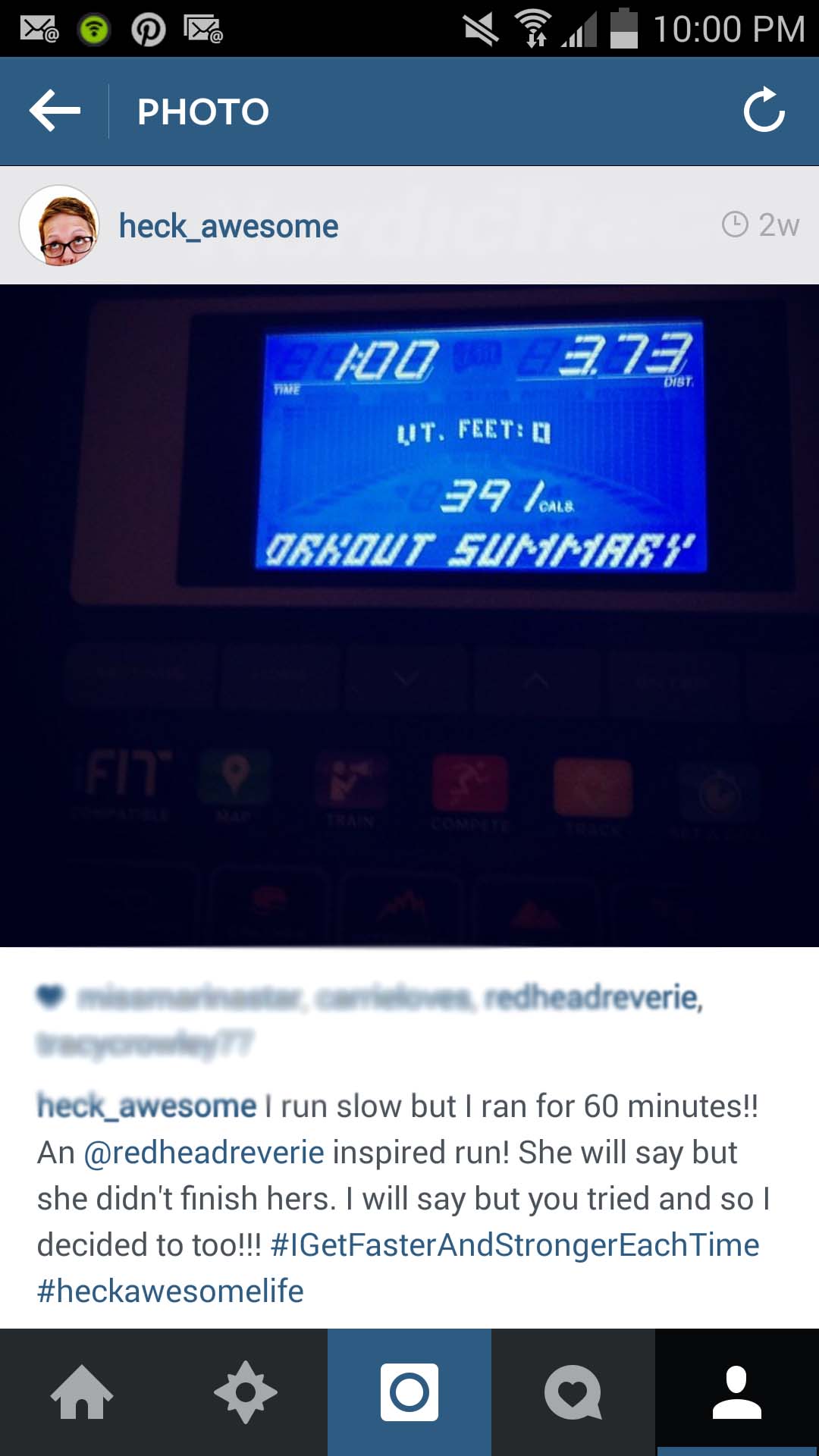 I’ve been waking up with the sun, not my alarm clock.

I’ve been snuggling instead of running, biking and swimming.

This year of triathlon training has been the hardest, not so much physically as mentally. I tried to follow my friend’s example, and become a Hippy triathlete. I tried not to be so OCD and balance family and training. However, between schedules and the Polar Vortex my training fell short and I quickly became the apathetic triathlete.

“I’m wondering if I should even do my race,” I lamented to a friend.

Then she asked the question, “Why do you do it?”

I was asking myself the same question the other morning, as I groggily made my way to the bathroom in order to prepare for another training session. Only this time, when I was leaving, I was greeted by a little redhead who needed to be tucked back into bed.

“Where are going mama,” he asked.

“Because I’m training for a race, and need to practice my swimming,” I said matter of factly.

“But mama you know how to swim, just cuddle wiff me,” he pleaded.

“Oh, you are fine,” I said as pecked him on the cheek and made a hasty retreat.

In the car I wrestled with his question of WHY. I always thought I was doing it for them – setting a good example of determination and letting them know they could accomplish anything they set their mind to.

That was my answer too, when she asked me that day at lunch.

But after five years am I REALLY doing it for them or myself?

Have turned into the Walter White of triathlon?

Messing up my priorities in the name of the greater good?

I will admit I was never an athlete, in fact I was picked last in gym class all the time. Becoming a triathlete has been my vindication, a way to give those kids that never believed in me the big fat middle finger.

In my defense, finding my inner athlete has never been about weight loss or six pack abs. It’s about running for those who can’t run, and inspiring others to do something they never thought they could do.

At our lunch date my friend said I inspired her, and I was embarrassed about wanting to quit.

Earlier that week another friend said I inspired her and now I’m feeling I might let her down.

But here’s the thing, sometimes, when it comes to life we need to choose a different road {for only a moment} so we can continue our journey with heart and determination.

That’s why on that morning my little guy asked to cuddle, I only made it four blocks before I turned around and headed back home. He was so excited to see me, and when I saw his smile I felt the same as when I cross the finish line.

I know that once I feel the sand in my toes and dive into the icy water on race day, that heart and determination WILL return.

I’ve never been a quitter.

If I wouldn’t have quit I would still be a job with a sociopath as a boss, and never would have given birth to my second son.

It’s just hard to know WHEN.

So I’m at a crossroads, do I TRI or not?

The race is in less than 14 days, and I’ll probably wait till the week before to make my decision. I even joked with my mom {aka The Sherpa} that I’d just flip a coin and let fate decide.

Update: This post was written last week and in the meantime I bought myself a brand new road bike. So I think it’s safe to say it’s race on in 10 days.