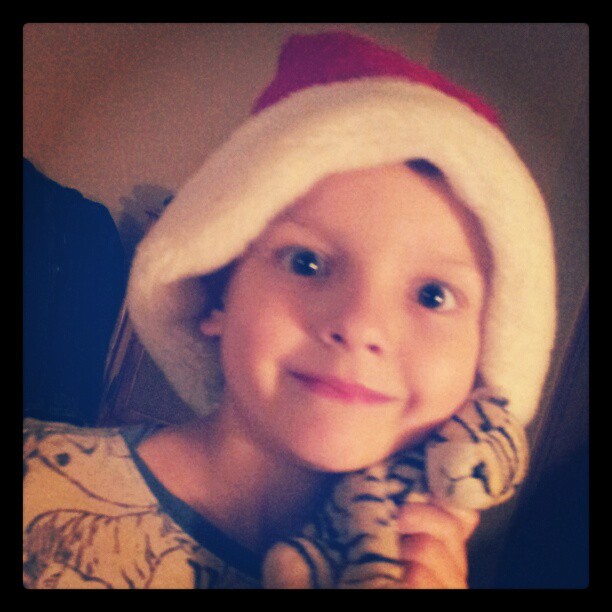 “I hate you,” he yells as we get out of the car.  “You are the worst mom ever, all you ever do is snap, snap, snap at me. I’m not doing anything you say EVER, you can just go away and I won’t even miss you.”

I smile a strained smile at the elderly lady watching us as we walk into the grocery store. She has heard his berating taunts and I can see the disapproval in her face. I feel the need to reprimand him, but I know I’m supposed to ignore him. That’s what the doctor said.

Lately, my momtuition has been replaced by WWTDD {What Would the Doctor Do}. I have no idea how to parent this child, and to be honest I don’t want to. His words rip my heart apart at the seams, and with each taunt and insult a brick goes up around my heart to protect me.

I’m distancing myself from him. So much so that I don’t even want to hang out alone with him. Our mother son fun time has been transformed into an awful mix of anger, sadness, resentment and apathy.

The truth is there are days I don’t like him.

I keep reminding myself that he’s sick. His brain isn’t wired the same as other kids. But it’s so VERY hard. Especially when I see my friend’s kids, the smiles on their faces, the love they have in their heart, the carefree way they play and just enjoy themselves. I wish this everyday for our family.

But that is not the hand we’ve been dealt. Instead I worry during every school day, playdate or social situation. Trips like the one to the grocery store are a minefield of insults and temper tantrums. My worry has weighed me down, like a bag of rocks. Each day I’ve hinted at E’s diagnosis, but to be honest we really don’t know WHAT’S wrong with him.

Even before the first day of school in August we knew it would be a struggle, but we weren’t prepared for what has happened over the past five months. We’ve consulted with a multitude of doctors, filled out millions of little bubbles on surveys and have a gazillion meetings with his teacher, the principal and school social worker.

After all that, it’s been suggested that his diagnosis is ADHD. But according to the doctor this could just be the tip of the iceberg. Words like Autism, ODD, Anxiety and personality disorders have popped up. So, we’ve put him on meds, changed meds increased meds and all it does is make him more emotional, edgy and in some instances violent.

I had prepared myself for what would happen if he was bullied or ridiculed at school, but NOTHING prepared me for in school suspensions at the ripe old age of five or having to be sent home from school for hitting a teacher.

But no matter how hard it is we persevere, because we have to.

Because he’s my son, I gave him life, and now I need to help him live it the best way he can, even if it’s with daily pills and therapists.

However, my worry will never end.

While other parents were picturing their children in the eyes of the angels that were taken in the tragedy at Sandy Hook, I have horrible nightmares that my son could be the one taking lives. He’s only five, but with a family history of mental illness and being a white male, and with a theorized diagnosis of a personality disorder, statistics show the odds are not in his favor.

It’s a scary thought and one that keeps me up at night, but it also fuels me to mend his soul. To make a vow to him and myself that no matter how rough it is …

I will NOT FORSAKE my son, no matter what his faults.

I will NOT give up.

I will NOT stop fighting.

I will NOT stop LOVING HIM.

When tragedies like Sandy Hook happen we want answers. Looking at the perpetrators of the crime, analyzing every detail of their lives, searching for clues as to what made them break.

Too often mental illness becomes a hot topic, and people are quick to judge, and quick with cruel words for those who suffer on a daily basis. I’m not saying that what happened wasn’t pure evil, for it was. But do not condemn those with illnesses you do not understand. For only those who have traversed the rough roads of mental illness know the struggles around each corner.

My family is fortunate. We have access to wonderful teachers, social workers, therapists, pediatricians, friends and family who support us, and hold us up when we feel like falling. But we are fighting a hard fight, because in theory it’s easier to lobby for gun control, but not so easy to lobby to help the mental ill.  Not easy to heal the broken, and to finance the resources for them. Over and over I hear “They can’t be fixed.” and “Nut jobs will be nut jobs.”

I am the daughter of a father who suffered from maniac depression.

I suffer from borderline personality disorder.

I have a son with labels like ADHD, ODD, anxiety and manic.

And on the day when evil took innocent lives, my son FINALLY had a perfect day at school; one without tears, without heartache, without violence or cruel words.

We are NOT a statistic.

To be honest I wasn’t sure I wanted to share our story, but the tragedy at Sandy Hook made me realize that other parents may be struggling just as we are. And I want them to know they are not alone, and that their sons and daughters DO NOT need to be a statistic whether it’s committing a violent act on others or themselves. The broken can be mended, we just need to take the time to listen, to love and to learn.

Do not forsake the broken, for in the end we will only be forsaking ourselves.

27 thoughts on “My Life: My Son will NOT be a Statistic”