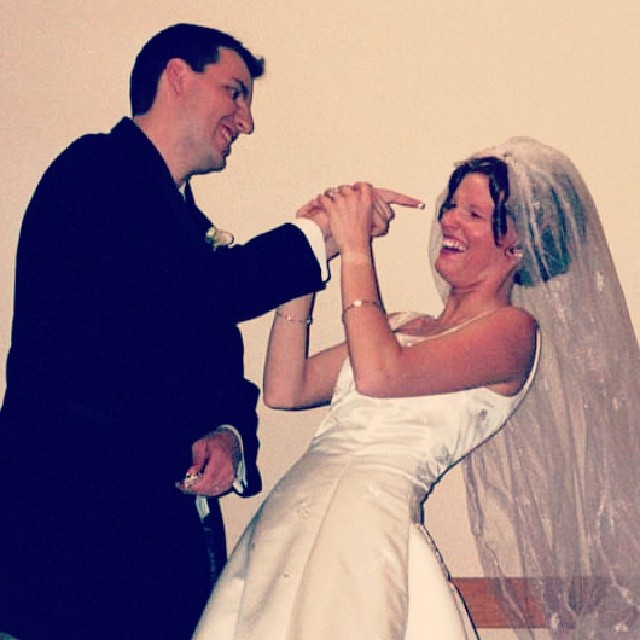 Each year about this time I start waxing philosophic about marriage and love. Perhaps it’s because of Valentine’s Day, but most likely it’s because Valentine’s Day is the anniversary of our first date. Yep, we went to an anti-Valentines Day party at a local bar and as “Love Stinks” played in the background we fell in love.

That was 1999, before Facebook, Twitter, smartphones all of it. I would use my pre-paid calling card and sit in the University library lobby talking with my now hubs on a pay phone between classes. I wanted to hear his voice and his laugh. I miss that laugh…

Hell I miss my own laughter.

Our marriage over the years has evolved. Between the demands of work and kids our days resemble that of Bill Murray’s in Groundhog Day. Wake up, drop off kids, head to work, pick up kids, head home, cook dinner, do homework, give baths, read books, tuck in and pass out in chair. Rinse and repeat…

It’s enough to snuff out the little flame of love in anyone’s heart.

Not that I’m an expert or anything, but here are a some thoughts on how I {try to} keep that flame blazing…

I received this advice from a wonderful friend who is open and honest about her sex life. Offhandedly I asked her how she keeps the spark alive and this was her answer. It’s taken me some time, but I’ve learned to embrace it. {Sometimes it’s difficult, especially when I’m angry about the day or just plain tired} However, there was never once a time I regretted saying yes…more often I regretted saying no.

My Marriage is not your Marriage so stop the Comparing

About six months ago I read a blog post {or two or three} in which the writers commented on their wonderful marriages, how they never fight, they hold hands, their husband cooks dinner and so on and so forth. While I’m overjoyed that these folks have found the loves of their lives and they are so FANTASTICALLY AWESOME. It triggered my brain to start comparing, and that’s when for no reason whatsoever I got mad at my husband.

Instead of concentrating all the things he does well {nose doinks, parenting, doing our taxes, earning money for us to eat, making kickass waffles and cleaning the house} I concentrated on all the thing he didn’t do. Not very productive…also would I want him to do the same to me? No! So it’s time to STOP the comparing whether it is with friends, family, or the movies. Our marriage is unique just like us.

Kids will change your marriage

Not a lot of people will admit it, but kids change marriage. Sleep deprivation, constant touching and catering to everyone’s needs can suck your mojo dry. The last thing you want to do is be touched or even listen to another person’s voice. The thing to keep in mind is the kids won’t {hopefully} live with you forever, but your spouse will. You need to make the time and say yes {see above} because otherwise once your kids have flown the coop you will be left staring at a stranger.

I have the kids say this to each other whenever they have an argument or someone has committed a “wrong”. The act of apologizing and forgiving is truly a balm on a wounded heart, and it can thwart building resentments too. It’s a win, win.

Whenever I’m ticked off about something the hubs knows it. He can tell by how many doors I slam, how many grunts and grumbles I make and how many times I say “fine” when he asks what’s bugging me. I am the queen of “fine” town and let’s just say that’s not a great place to live. It’s full of resentment, pent up anger and frustration that never gets resolved.

My residency in “fine” town was created because I hate confrontation. As the product of divorced parents, I truly believed that arguments and confrontations would lead to the big D-word {divorce}. However, I soon realized that the resentments, anger and frustration at NOT voicing my issues would soon deteriorate my relationship. It’s taken time and a lot of bravery, but I’m finally starting to speak up. Seriously, if my husband is going to divorce me because I’m angry about dishes in the dishwasher, then that’s his issue not mine.

When the hubs and I first started dating, the wooing process consisted of cute pet names for each other, roses just because and fancy dinners. After 15 years and two kids I don’t need these large expressions of love, because to me it’s the simple things that make my heart sing.

Like coming home from the gym and finding the kitchen clean and the house vacuumed or a nose doink in passing as we tackle the boys’ bedtime routine. Sometimes all it takes is a Facebook “like” or an IM asking about my day. It lets me know he’s thinking about me. Keep in mind these acts of love are a two way street, and I need to fill his bucket too.

Love and marriage are complicated, messy and sometimes irritating, but in the end the rewards are truly worth it.

Because there’s no one in the world that I’d rather binge watch X-files with, raise two rambunctious boys or come home to after a crazy day than this guy. 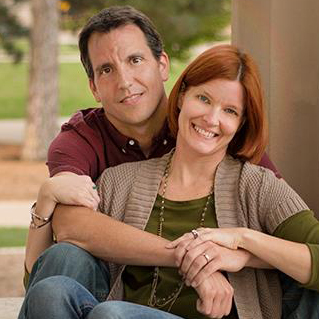 For those of you like myself  who have a tendency toward comparing or feeling guilty for not having the “perfect” marriage.
Keep in mind no one’s marriage is perfect it’s just perfect for them.
Now go hug your husband.