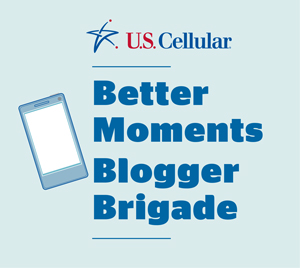 Here’s a fun fact, I was born before the cellphone.

In the early days, the dark ages as my kids’ call them, cellphones fit in suitcases and only really rich people could afford them. Eventually, technology and money caught up to the common folk and everyone had a phone attached to their ear. As more time passed the phones became smarter, and people became ruder.

I was {see past tense} one of the rude people.

Yep, it’s confession time, I was that girl who walked all through Target jabbering nonsensically on her cellphone, blocking aisles with her gargantuan cart oblivious to the world around her. I would text in a movie theater, tweet at lunch and Facebook at dinner. Often picking up my phone out of force of habit, just because it was there.

I was “that person”.

I was a cellphone jerk.

A Pew Research survey found that 67 percent of cellphone owners find themselves checking their phones for messages, alerts or calls – even when they don’t notice their phone ringing or vibrating.

The cure to my cellphone faux pas happened over lunch with my mom. I was busy messing around on my S4 texting and “checking in” on Facebook, all the while chatting away, when I asked my mom a question. Without looking up I asked it again, irritated that she wouldn’t answer. Then I finally looked up and realized she was gone.

I sat there dazed, and confused, peeking around the booth looking for her. Eventually, she returned, just a bathroom break. “I told you I was going to the bathroom, but you were too busy on your phone,” she stated with a smirk.

At that moment I knew I needed to change the way I used my phone.

Here are some helpful hints from US Cellular so you don’t become a cellphone jerk.

If you have plans to meet a relative for dinner or spend happy hour with a group of friends, discuss expectations for phone use. By determining technology use before the gathering, everyone is able to enjoy the occasion.

Focus on similarities instead of differences and set a goal to understand those around you. For example I know that when I’m with my blogging friends cellphone use is expected. However, when having dinner with my mom not so much.

Don’t be a buzz kill.

Putting a phone on vibrate during a meeting or event can be a good idea, as vibration mode is meant to alert only you. However, it can distract others if the phone is placed on a table in a meeting or meal. Put the phone in a pocket, where it can alert you to a call but isn’t disturbing others. If you forget to turn off the ringer and get an unexpected call, phones such as the Samsung Galaxy S5 stop ringing by simply flipping over the device.

Avoid being blinded by the light.

Adjust screen brightness prior to entering a dimly lit space, such as a restaurant, recital or school play. This allows you to use the device to take photos or use social media without disturbing those around you.

As cellphones progressed, and people became more comfortable using their phones anywhere and everywhere, it’s been imperative for businesses to institute some ground rules when it comes to usage. My local grocery store won’t wait on you if you are on your phone, and the same goes for the doctor’s office and bank.

Over the years I’ve learned there’s a time and place for cellphone usage, and if used politely it will create Better Moments for everyone.

Disclosure: Through the rest of the year I’ll be sharing some more of My BETTER MOMENTS as a US Cellular Better Moments Blogger Brigade Ambassador. All opinions are my own and an honest view of my story as a US Cellular customer.