The New Year is here and before I can move forward, I need to take a moment and wax philosophic about last year’s One Word – GROW.

On a cold bleak day last January I cultivated the groundwork to plant the seed for Project Grow. It was a small seed, full of hope and excitement for the upcoming 2012 year.

For the first two months of the year it was all about preparation, tilling the soil in my soul and finding the perfect spot to plant my seed.

I plotted out the year, setting goals, signing up for races and conferences. Looking for ways to nourish my seed emotionally, professionally and physically.

Once the groundwork was set, spring had sprung and in March, I attended my first blog conference – Bloggy Bootcamp.  That conference was the tipping point, which turned this little space from an online journal into a money-making, soul screaming juggernaut. The best part was building relationships IN REAL LIFE with other lovely bloggers. These relationships have formed my net and on more than one occasion they have caught me before I fell.

April and May were all about watching my boys bloom. As they both celebrated birthdays it was a roller coaster of emotions watching them transition from littles into bigs.

The June trifecta was the point at which my physical and professional soul blossomed. After competing in a two triathlons and playing football at Kinnick stadium, I finally found the courage to call myself an athlete and triathlete. In the same month, I also won the friendship “lottery” when I was asked to join Bigger Picture Blogs as a contributor. Another bloom and vindication for all those who never thought I could write. 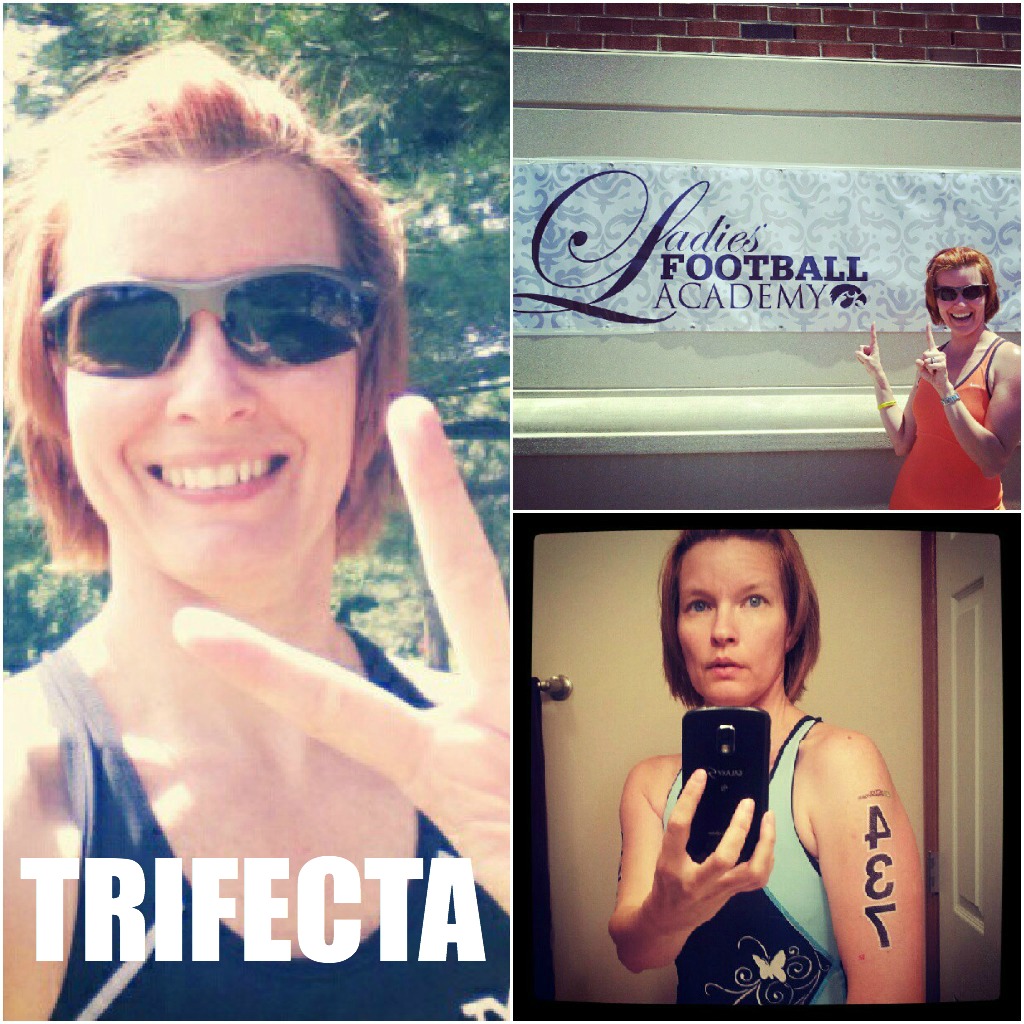 By mid-summer my seed had grown and blossomed over and over. It was more than I could handle. As the blooms from June faded I grew tired, and needed a break. My pot was overflowing and instead of growing I was suffocating myself. It was time to disconnect and melt in the sun by the pool.

My reprieve allowed me to focus more on family, and my son’s upcoming progression into Kindergarten. We knew it would be rocky, but nothing had prepared us for what we have encountered over the past five months. However, I vow to help him bloom, and find his way, just as he does for me everyday.

In the fall as he made his way to Kindergarten, I celebrated my 39th birthday and realized that age is just a number.

Road trips dotted my schedule and I pulled up my roots and hit the road, heading to Chicago for girls’ weekends. Letting my inner teenager roam free as I saved friends from carnivorous dresses, ate green ice cream and tossed bags of coffee from moving vehicles. 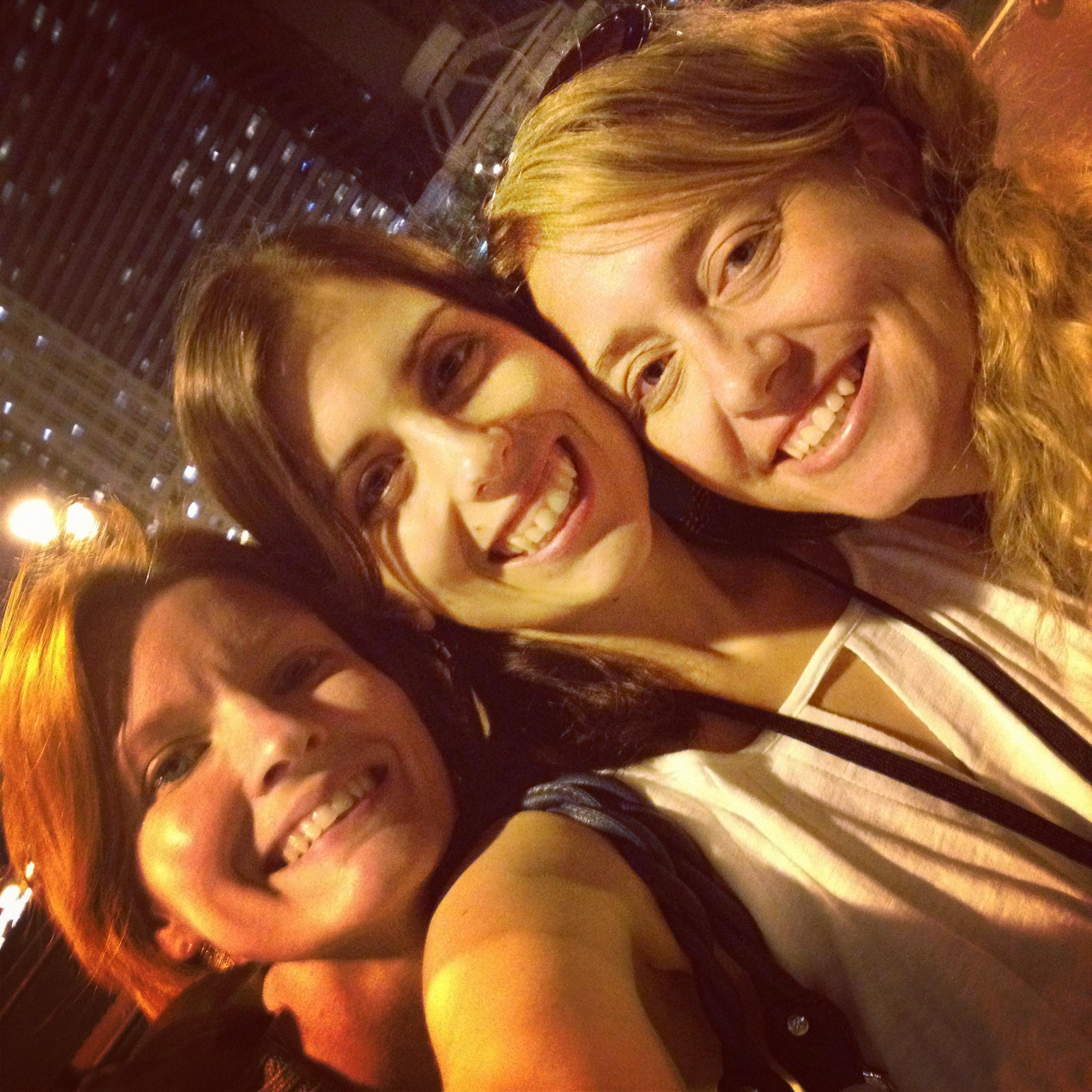 As summer took her final bow our family traveled north to the land of lakes to say goodbye to my dad. My heart grew with love for my own family and yet a bit died as we dropped my dad’s ashes into the crystal blue water of Lake Superior.

I soon realized that while my roots love road trips they also love the road home, so I planted them back in familiar soil among those I love.

While the blooms in June were my greatest rewards, growing pains were apparent.

Each day I had to stretch for the sun, and with each stretch I felt heartache, fear and confusion. My family sometimes felt the same. For as the flower blooms and changes it can be hard to comprehend. To them the flower must remain the same, but the reality is that each bloom, each leaf and each moment in time is different. Nothing can remain unchanged, especially if it’s still growing.

As confusing as it was they still nourished my growth, with kind words, understanding hearts and wake-up calls that brought me back to my roots.

With the snow sheltering my little plant from the harsh cold winds of winter it’s time to stop.

I have grown enough.

My plant has blossomed and it will grow, but slowly now for its roots are firmly planted.

As I embark on a New Year, a new ONE WORD must be chosen … what will it be?

Check in tomorrow as I reveal my ONE WORD for 2013.

What are your thoughts and feelings about 2012? Was it a hard year, a rewarding year, a blooming year? If you have a year-end recap share it with us in the comments, we’d love to hear how you ended 2012.

3 thoughts on “Scenes from My Life: A Year in Bloom”