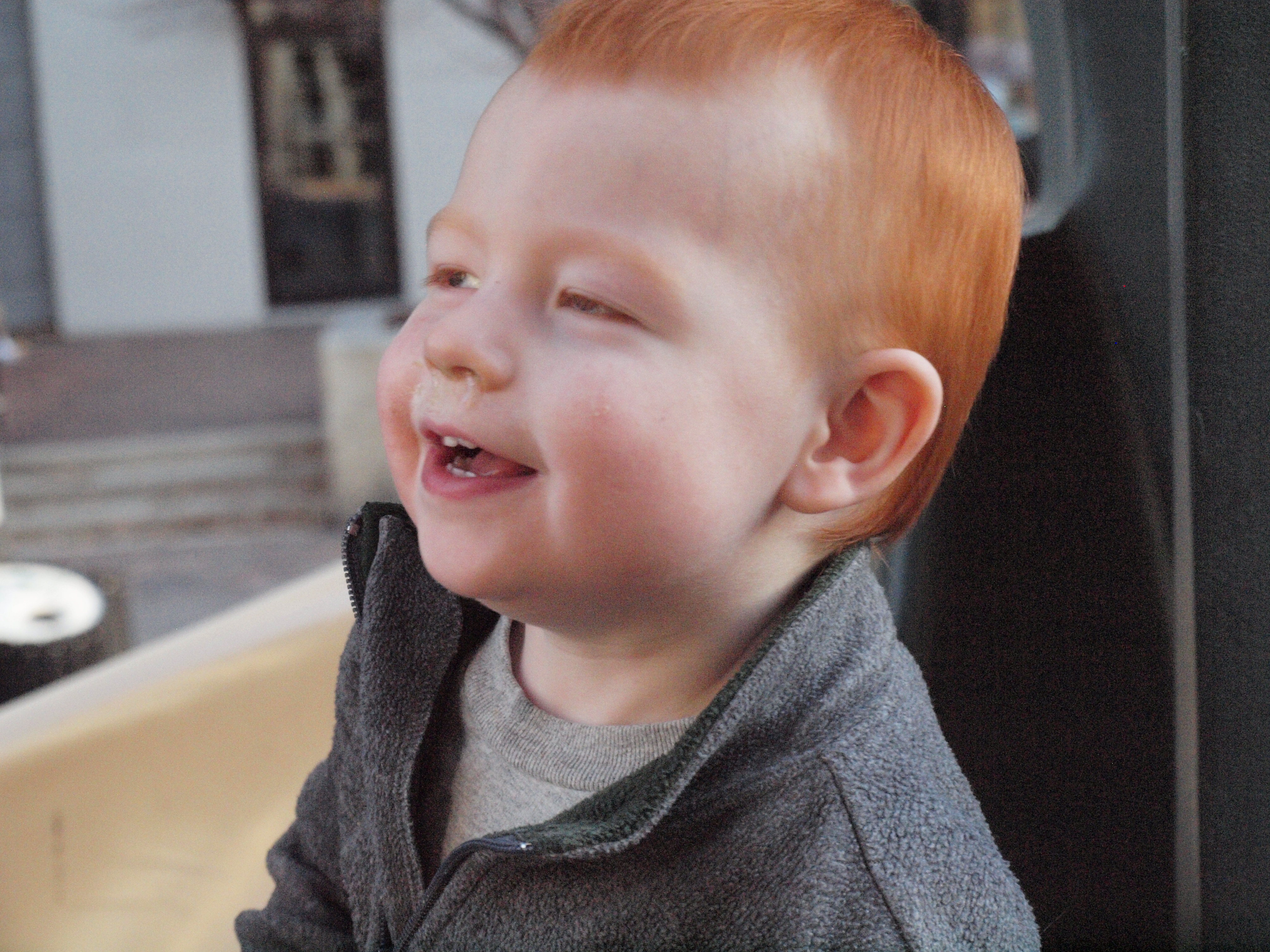 Disclaimer: If you have a weak stomach when it comes to noses, stop reading. Otherwise, enjoy…

Then he came to me, his nose all scrunched up like he had just smelled something bad, green goo dripping onto his lip.

Little G has had green goop oozing from his nose since he popped from my womb.

I’ve been told that redheads are prone to sinus issues and allergies. I’m not sure if this is true, but if the past two years proves anything I’d validate that statement.

We’ve been battling the nose for a LONG. LONG. LONG…time.

Poor G has had ear tubes twice, an adenoidectomy and he’s been on multitudes of various antibiotics.

It’s been tough watching him suffer. Per the ENT’s instructions, whenever the green muck would make an appearance I’d have to pin him down while he screamed bloody murder, face all red, tears streaming down his cheeks thus perpetuating more muck. I’d then have to squirt saline up his nose, and use the bulb syringe to extract the offending snot. Little red will need years of therapy to wipe that image from his brain.

Even with the constant nose sucking, we are on high alert Kleenex duty. Murphy’s law predicts that he will definitely have a projectile sneeze, strapped in his carseat while I’m trying to drive in rush hour traffic with no Kleenex in sight.

I’ll admit that in emergency situations I’ve taken one for the team and wiped the sticky mess with my own shirt, a stray sock or his own shirt. Gross yes, but no worse than watching him use his tongue to remove the sticky residue.

After over two years, the end of the oozing nose is in sight. We’ve been trying to teach him to blow his nose {his brother was able to do it shortly after he turned two}. However, G would only blow out his mouth, and never really use his nose.

It wasn’t until just the other day that I heard the snuffle, the rattling, and the unmistakable nose sucking and I knew he was ready.

With ample coaching, and the incentive for a “treat” he finally blew his nose.

The hubs and I held hands and did the happy dance.

I think G wants to burn the bulb syringe and saline drops, but since he’s two and can’t really start fires, I think we will just toss them in the garbage for now.

And stock up on more Kleenex.

3 thoughts on “Scenes from My Life: There He Blows”