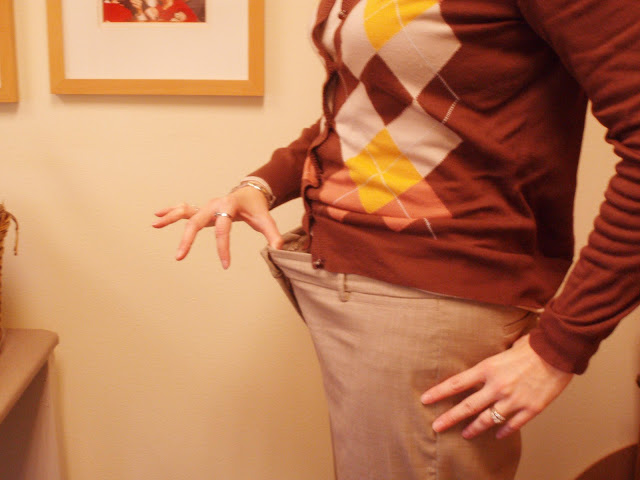 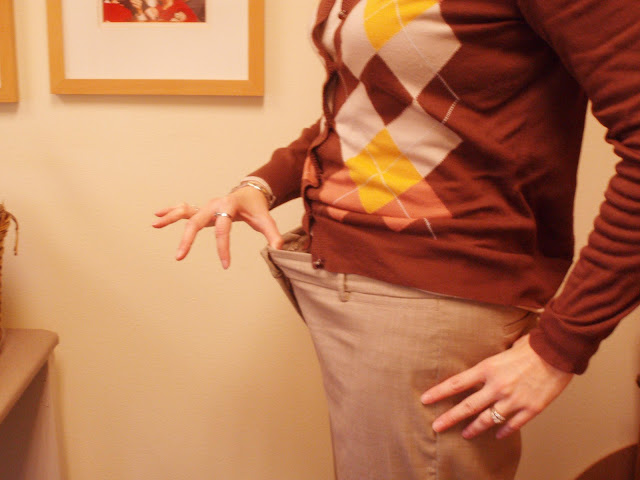 Wow! Time has flown since I started Farrell’s in January.

I’m so happy with the program. My five week testing went well and I’m looking forward to the final results on week ten.

So, everyone may think I’m crazy, but I decided to sign up for Farrell’s F.I.T program. Basically, it’s a one year membership. I wasn’t going to do it, because I need to start biking and swimming to prepare for the triathlon in June. However, it was less expensive than a year long gym membership and better results.

Anything that can nuke the muffin-top in only six weeks has my vote.

Speaking of that…This week I was able to fit into two pairs of pre-pregnancy pants (without doing my “stretching”) and tuck in my shirt. Nice!

So not only is Farrell’s cheaper than the gym, but it’s also cheaper than buying new clothes. Although hopefully I’ll need new (smaller) clothes anyway.

These are a size 10 pants. I typically (pre-pregnancy) wear a size 6, so I still have a way to go.

One thought on “Week Nine and Counting”