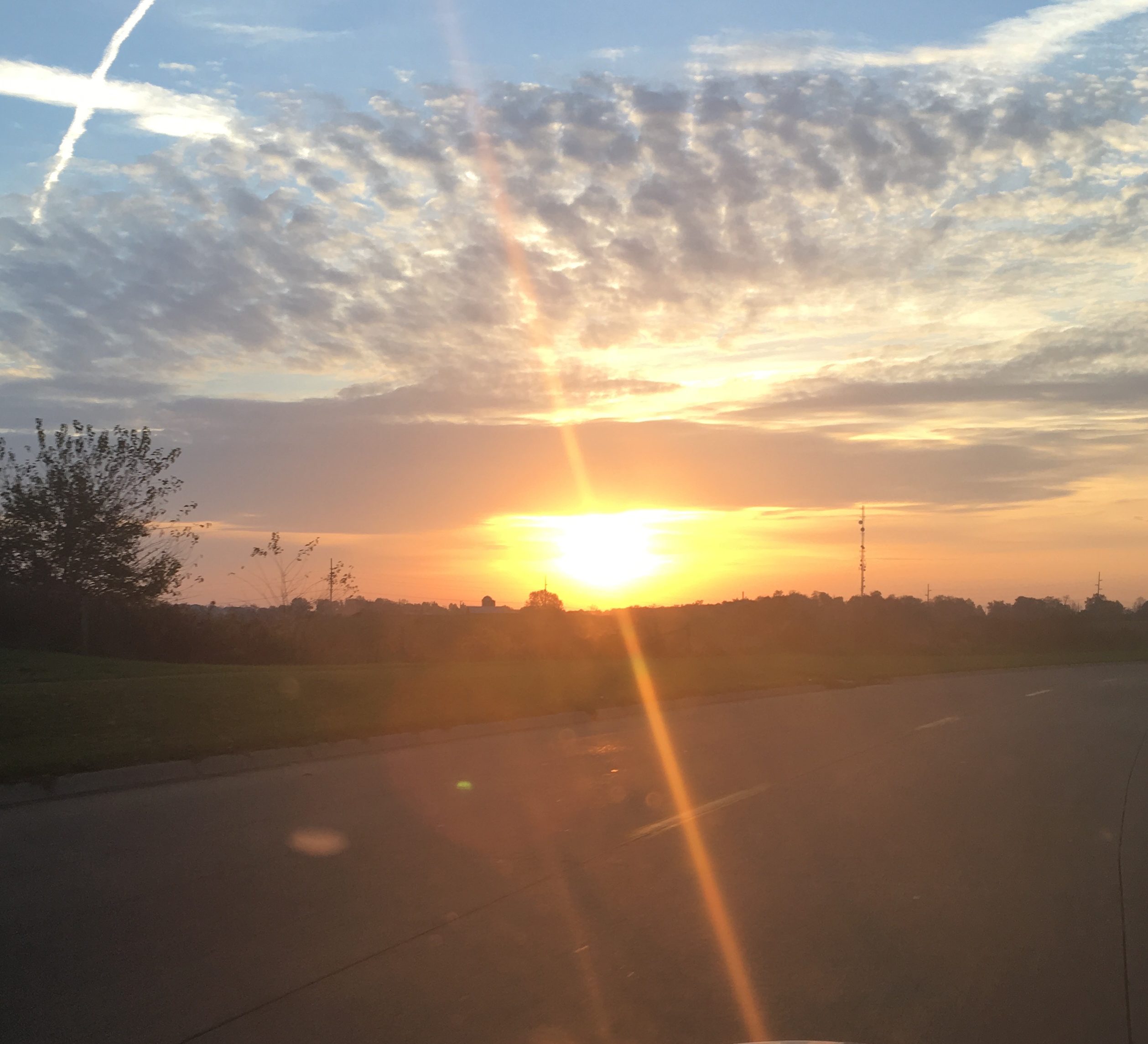 This post is a writing prompt from Natalie Goldberg’s Wild Mind: Living the Writers’ Life.

Find a sentence that you like that comes from you.
Then go ahead and lay down the next and the next.
Don’t think further ahead than the next. Don’t think back. Just build on the story.
Keep writing each line until you feel you’ve come to the end of your story.

The sound of the mower outside reminded her of summer.

But it’s November, and there should be snow on the ground or at least frost.

However, there’s nothing, but green grass and crunchy leaves in brilliant orange, yellow and red.

The sunshine speaks to her and meanders outside to say hello.

“Hello, beautiful sun,” she says smiling at the sky.

The sun shines a bit brighter {or so she thinks}

As she looks down the block she sees the mowing man, kids playing basketball, and her neighbor walking their dog.

The quiet of the day has been put into motion.

However, the constant inertia of life can become tiresome and tedious…unless.

Unless, you say hello to the sun.

Make sure you say hello.

Greet the sun with a smile.

Run, skip and jump in the sunshine.

LIVE in the sunshine, for if you do it will always shine on you.

Even in November. In Iowa. 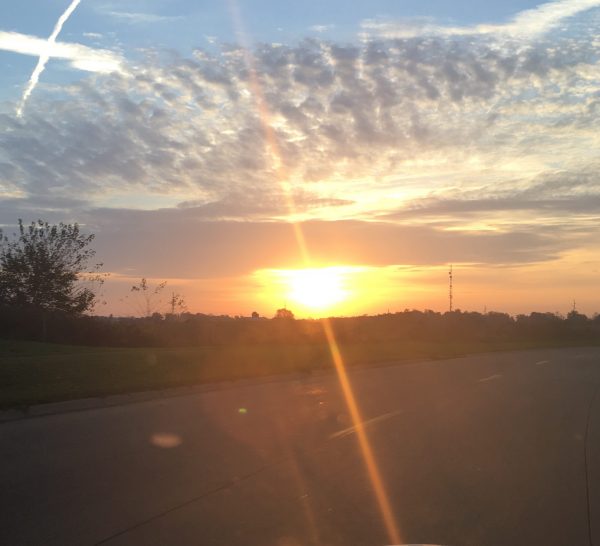 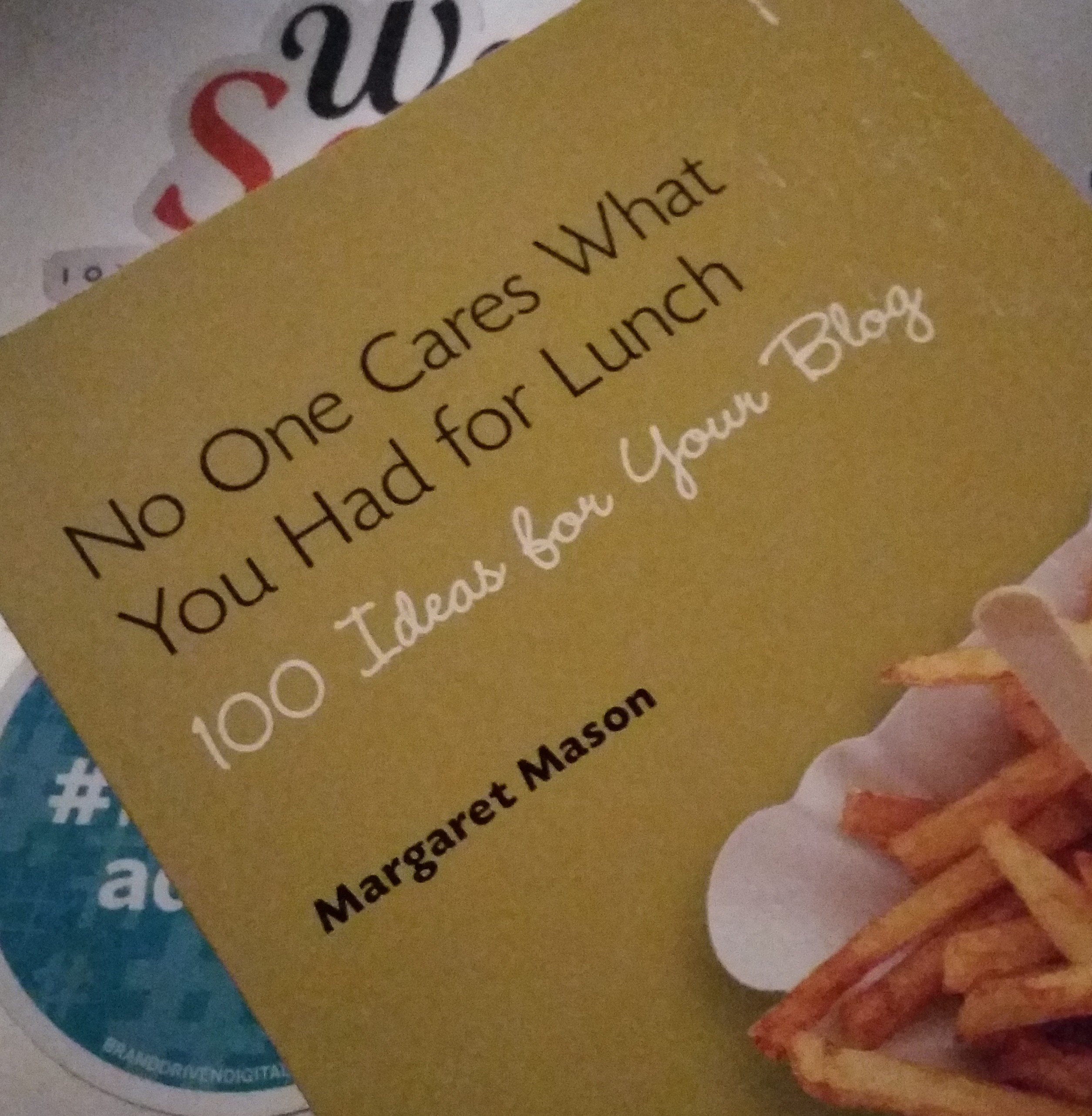 Saturdays are going to be reserved for the Weekend Writing prompt. Each weekend I’ll find a prompt whether in the numerous books sitting by my bed or online and just free-write for 10 minutes. Whatever spills forth is published, no editing or second guessing.

Write a letter to your city

It’s been a while since we’ve been alone.

I’ve been so busy with life that I haven’t had a moment to just sit and enjoy your company.

It’s time to grab a latte, relax, and get to know each other again.

The world would stop for a moment.

The aroma of fresh brewed coffee would fill the air and the sounds of café jazz will be the soundtrack to our conversation. We would chat about random things like the weather or the crazy sweater trees and maybe the Hawkeye football team. I would tell you how much I miss the summer farmer’s market with it’s brightly colored fruits and veggies just begging to be eaten. Then I’d lament the weather, informing you that walking through the ped mall bundled up in my giant down coat and mittens just isn’t the same as summer. I’d giddily tell you how excited I am for the holidays, not just because I love turkey and Santa Claus, but because the students will be gone and I’ll finally have you all to myself. 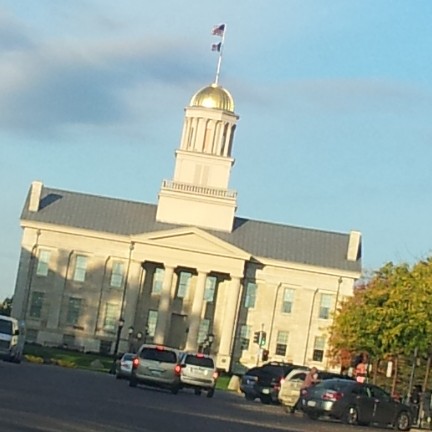 These conversations will remind me of days gone by and I’ll be transported back to when we first met.

It was an awkward introduction. I wasn’t sure about you at first. Everyone seemed smarter, more stylish and cooler than the nerdy girl from northern Iowa. You welcomed me with open coffee houses and free Cambus rides in the rain. Sure we’ve had our moments, like that time I drank too much and tossed my cookies in the ped mall. Yeah…sorry about that. But I made up for it when I spent some quiet afternoons biking along the river and those moments on the crew team as we let our oars slice through the smooth water.

You are more than just the bars downtown you are a way of life. You are open-minded, adventurous and welcoming. After 10 years these qualities have influenced my life too, I owe you so much. I found myself here, through education, friendship, love and pain. There’s so much more I’m looking forward to sharing with you, and I can’t wait for my boys to experience you too.

Except for the cookie tossing in the ped mall they can skip that part. 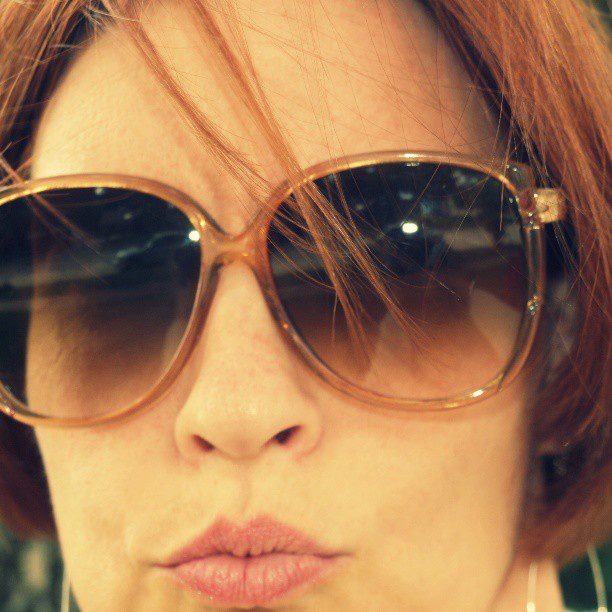 Saturdays are going to be reserved for the Weekend Writing prompt. Each weekend I’ll find a prompt whether in the numerous books sitting by my bed or online and just free-write for 10 minutes. Whatever spills forth is published, no editing or second guessing.

This Saturday’s prompt is

“The meaning of your name…does it suit you?”

was provided by the infamous Mama Kat.

My name has been a blessing and a curse since I was born. My mother in an effort to originally unoriginal decided to name me Brook {without the “e”} after the neighbor girl. It was the 70’s and everyone was all about Brooke Shields and her Calvin Klein jeans, and because of my name I was caught up in the hype.

“Yep, like Brooke Shields, but without the ‘e’, “ I would always say years later. Eventually, Brooke’s 15 minutes faded until years later during her Tom Cruise rumble, and people stopped the name reference.

Then they started with the jokes like “Babbling Brook” or just stupid rhyming like “Brook the Crook” or “Brookie Hookie” kids can be weird and totally annoying.

Throughout it all I still had to remind everyone, even close friends about that absent “e”. They always wanted to add it, that or an “s” making me Brooks or even swapping an “o” for a “c” transforming me into Brock.

Now at the ripe age of 40 my name, the one that had given me such fits throughout the years, seems to fit me.

I’ve grown into it, let its rough edges and annoying absent “e” define me as unique, one of a kind.

Long before the medieval times the brook was thought to be a significantly smaller body of water than we do now, comparable to what we now refer to as a puddle.
Because of their size, it was often fabled that tears had caused these water spots to come about. Though, since their size was obviously much too big for mere tears to cause this, it was said that angels brought them about as they watched over the world in the clouds; thus creating their beauty. Henceforth the meaning, ‘beautiful pool of tears’, was brought about for a brook as well as both names Brook and Brooke.

As time passed brooks were considered to be larger bodies of water, as we see them today. The names were then used to recognize one who lived next to the stream-like body of water instead of the meaning of the pool itself, though many prefer to use this meaning today.

I’d say that’s perfect for me – Brook, without the “e”