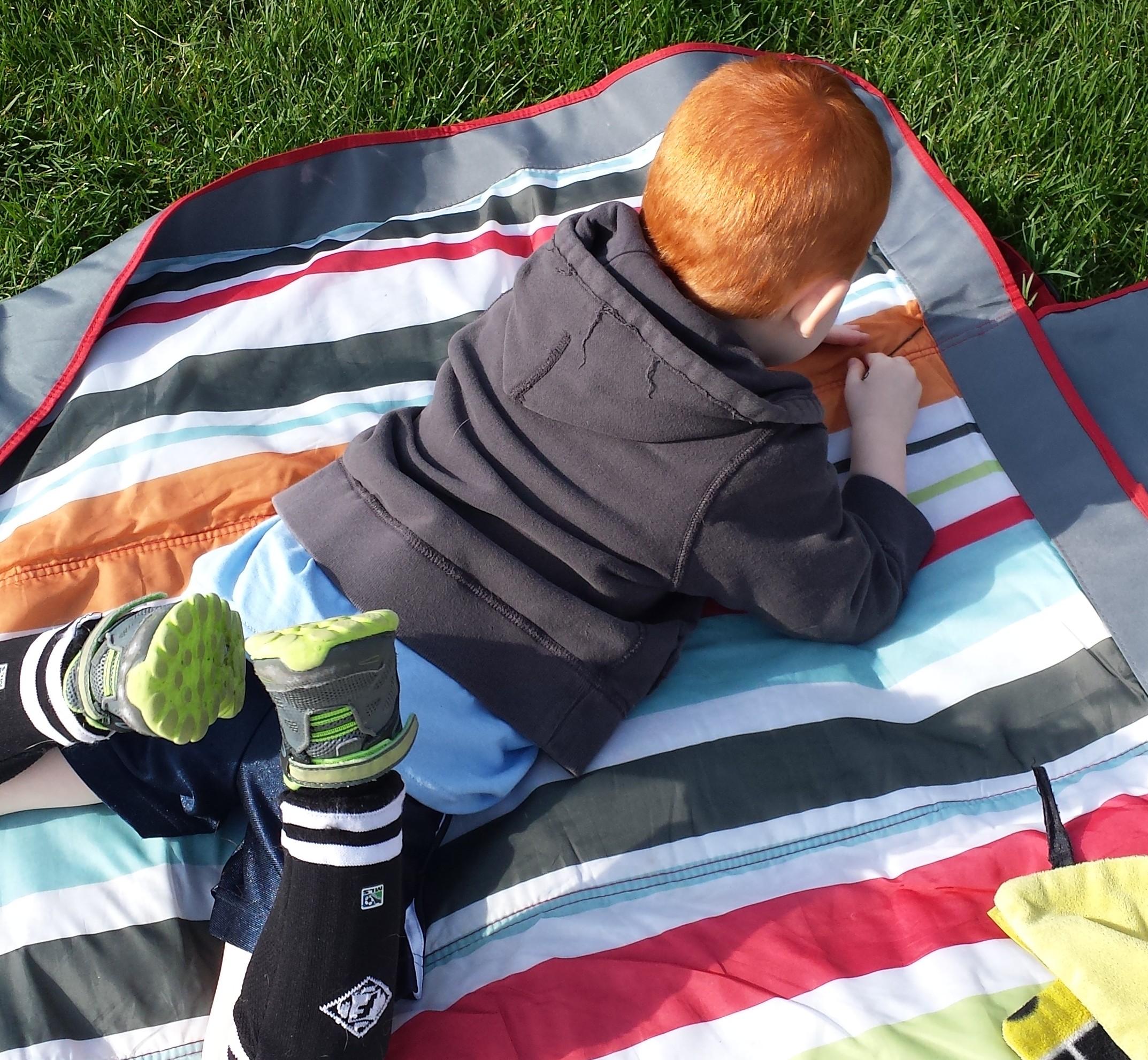 “MOMMYYY, I need some water,” he whines from the sidelines.

“No,” I say sternly. “Not until you get out there with your teammates and kick the ball.”

I look away as he starts crying and whining.

Glancing at other moms I can see the condescension in their eyes.

I’m sure they think I’m a total a-hole mom, who is abusing her child by withholding water till he kicks a stinkin’ soccer ball.

Rest assured on any other given day I would have let him drink a thousand gallons of water, but on soccer days Little Red has an uncanny knack for making any excuse to be with his mama.

He doesn’t pull the “I need a hug” ploy or try water begging with my husband, he only does it with me, because I used to be the sucker.

This is Little Red’s first year of organized sports and it’s been interesting to say the least. Our season has been spoiled by numerous rain cancellations, which has made the transition harder. Ironically, he was totally psyched until we went to our first game and he realized that none of his friends from school were there, and we wanted him to hangout with kids he didn’t know and kick a ball around.

Immediately, he slumped to the ground crying. In my effort to not be “a-hole mom” I picked him up, held him close and let him sit on the blanket to watch the first game.

That day I created a monster.

For every game and practice he refused to step on the field. All he wanted to do was sit on the blanket and watch the kids.

I know my kiddo and this was so unlike his usual extroverted personality – he told a couple of random strangers at the grocery store all about Batman and Robin, so I know he’s not shy.

It was the fact that I gave him permission to be shy.

Instead of letting him find his way, and acclimate to new friends and situations I wrapped my mom force field around him. Preventing him from experiencing something we all need to experience at one point in time.

STEPPING OUTSIDE OUR COMFORT ZONE.

I’m all about encouragement in sports, and not forcing activities on kids. However, I DO think they should give it a try.

I think parents should ENCOURAGE kids to at least attempt things that may be a little uncomfortable; otherwise life could become pretty boring.

Imagine only doing those things you in which were extraordinary. You would never grow, learn or celebrate your accomplishments. If I would have lived my life that way I never would have become a wife, mother, triathlete or blogger. Life would have been meaningless.

I don’t want that for my children.

So, I became the a-hole.

I became the mom who yells “get out there and kick the ball” and “no Superfriends unless you finish the game.”

You know what happened?

Little Red started running and kicking, and eventually he forgot I was even sitting on the sidelines.

You may look at me and judge, and think I’m a living breathing version of a stage mom, but really I’m just making sure my kid doesn’t end up living in my basement forever because he’s too scared to try new things.