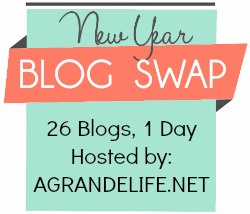 This post is part of the Blog Swap series over at A Grande Life, pop over and check out Steph’s site and other great bloggers. On the spur of the moment I was paired up with Cindy over at Whatever Works. She lives in Jersey, and is a writer and boy mom just like me. And after reading her vow about Facebook, I might just have to join her…will you?

I remember the olden days when Facebook first came around.  It was silly.  In my eyes, NO one who wasn’t single looking to “hook up” would use it.  It was not something a happily married, stay-at-home mom would even consider.  But then a friend of mine told me it was going to be the Next Best Thing…so I signed on.

And I immediately signed back off.

I was afraid of the ramifications for being on a site like that.  What would my husband think?  What could I even post there?  Why do I even care what these people who I haven’t seen in 20-some odd years are saying?

Flash forward to January 2013, five or so years and 900 friends later, I am on there 16/7 (which is like 24/7 deducting for 8 hours of sleep).  I don’t know how it happened or why.  My husband joined the bandwagon, too.  What once was a scary taboo place is now so common that it’s more unbelievable to hear people say they are not on Facebook.

It’s like that dive bar that no one went to until all your friends decided to take it over.  It’s a little bit exciting to find a place you can call your own.  To hang out with your friends and reminisce about good times, share stories about family and the like.

But the thing is if you go to that bar all the time, it loses its luster.  If you’re there during off hours, it’s still just a dive bar.  Don’t get me wrong, I truly love Facebook and all its wonderment.  In fact, I attribute my current employment status to Facebook.  Without it, I would have never gotten the courage to write publicly and for that I thank Facebook and really all social media platforms.

However, I’ve reached that stage with Facebook where I’ve been visiting it too much – like that old dive bar.  I’d love to go back to how it was in the early stages.  Signing on maybe once every couple days to catch up with everyone…looking at cute family pictures…posting an actual status instead of trying to come up with something incredibly witty to outdo my last status…

Ah, those were the days.

I’ve come to the conclusion that with Facebook, you get out what you put in.  And once the ‘getting out’ and ‘putting in’ no longer equal each other, it’s time for a change.  Recently I have been putting in WAY too much and not quite getting the same feeling in return.  Therefore…

Since it IS January, now is the perfect time to make a resolution and get back to basics.  For me, that will include less Facebook time and more real life.  It is going to be hard, but I’m going to try.  Will you join me? 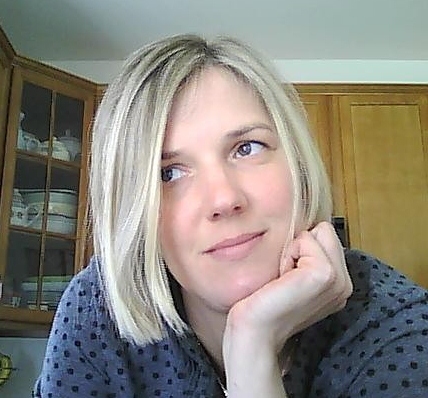 Cindy Dudas is a work-at-home mom who started blogging as a way to get her feelings out there.  She is a freelance writer currently writing for the Parental Guidance section of NJ.com and her own blog Whatever Works.

One thought on “Getting Back to Life Before Facebook: Blog Swap”